Believed to be the largest scale artwork to have been commissioned by children, the sculptures are a culmination of Pioneering Places, an ambitious multi-year project happening across East Kent, led by Creative Folkestone, to encourage people to get involved with cultural organisations and shape the place where they live. The sculptures were installed as part of Turner Contemporary’s 10th anniversary programme.

Since 2018, over 70 local children from Ramsgate Arts Primary School and St Laurence Junior Academy have led this project in collaboration with Turner Contemporary. The 8-10 year olds commissioned critically acclaimed artist Conrad Shawcross to create the sculptures which were installed on Ramsgate’s East Cliff in September 2021 and remain for a year.

The sculptures are formed of four impressive structures, each comprises a metal tripod supporting a coloured, perforated disc at the top. Responding to the themes identified by the children, play and playfulness, caring and modern machinery, Beacons also addresses notions of signalling and messages, with a concealed word hidden within the design, based on a coded alphabet devised by the children. The word HOME was chosen by the children to be the message that the beacons send out to sea. This follows the children’s work exploring Ramsgate’s maritime heritage and the history of its famous Royal Harbour – the only designated Royal Harbour in the UK, which will celebrate its 200th anniversary this September. HOME represents what Ramsgate meant to the children and also provided a message of welcome and warmth to anyone arriving in the town by sea or land.

The sequence of structures are modular in design so that they can be placed on any seafront and incorporate a hand-driven mechanical system which turns the disks inviting interaction to animate the sails. The materials used reference those that can be found in the surrounding area of the Royal Harbour, such as the steel used in shipbuilding, as well as hard wearing materials like powder-coated and galvanised steel. The official launch event for the sculpture will took place in Ramsgate near the historic Ramsgate bandstand on Thursday 30 September, 2021.

Conrad Shawcross says: “It was so rewarding to work with the children of Ramsgate on this unique child-led initiative, the project has been an odyssey in itself and I cannot wait for both the children and the town to finally see these pieces up!”

“We set ourselves the challenge of trying to make the most visually arresting coded system – adopting navigational languages of the past namely semaphore and exploring moray patterns and how they work. The children and I embraced scale, colour and movement to create a series of mechanical devices that send a message of hope and welcome as far as possible out into the sea.”

The group very much enjoyed discussing Homer’s Odyssey and other myths. Excitement was sparked around the voyages of discovery, being lost and how to find your way home. Conrad has completed a number of major public commissions across the world and is a member of the Royal Academy of Arts. In 2011 Conrad was one of the first artists to be shown at Turner Contemporary as part of its inaugural exhibition. He comments: “This exhibition was a wonderful moment for me and I loved responding to the restrained rooms created by David Chipperfield. My show then, entitled three projections of a perfect third was a breakthrough exhibition for me. I reel when I think how much the world and our collective reality has changed in the last ten years.”

In addition to working with Shawcross, the children have also collaborated with Turner Prize winning collective Assemble who were commissioned to create a toolkit which aims to inform planners, decision makers and those in the education and creative sectors about how children can positively contribute to placemaking.

Victoria Pomery, Director of Turner Contemporary says: “We are thrilled to have collaborated with artist Conrad Shawcross and Ramsgate school children to realise this incredible work. This ambitious project, involving many individuals and organisations, is a
beacon of creativity. The dialogues between artist and children have impacted on the creation of these sculptures and we are overjoyed with the final outcome. We are delighted that this commission is being installed in Ramsgate and are grateful to the support of all our funders in particular National Lottery Heritage Fund and Arts Council England and for the input of Shawcross and the children.”

Cllr Ash Ashbee, Leader of Thanet District Council said: “We are delighted to have been able to help facilitate this project. It’s wonderful to see how the collaboration between local children and a renowned artist has led to such an exciting new artwork. Ramsgate is home to a diverse and creative community, as well as being rich in history and we look forward to seeing the work installed in the town just as the Royal Harbour celebrates its bicentenary.” 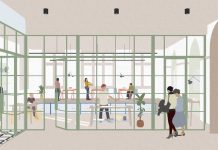 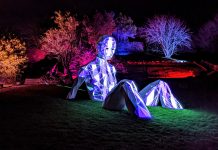 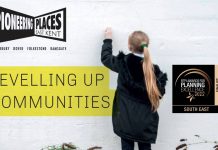