Dover’s stunning Fort Burgoyne opened its doors to the public for a one day, free event on 29th February 2020. Despite the 70mph winds and rain brought by Storm Jorge, around 1,850 people travelled from the local community and further afield, eager to experience a packed day of activities and to see the Fort as it opened its doors for the first time for a large-scale public event. almost four weeks prior to the lockdown.

Waking the Giant offered a glimpse into an imagined future for Dover’s hidden gem, Fort Burgoyne, and presented a celebration of craft and folklore, giving visitors the chance to try their hand at these traditional crafts and learn the associated Folklore.

This was a unique opportunity to explore the Fort, take a tour, see displays and take part in activities and have a say in the future use of the Fort, with performance, music, film and pottery workshops with Future Foundry, Ceramic Art Dover, Blacksmith Michael Hart, Willow Work with Katherine Woodward and pottery with TV potter Keith Brymer Jones.

Activities, demonstrations and food and drink during the event included:

Fort Burgoyne has lain dormant for some years, a Victorian ‘Palmerston Fort’ carved out of the earth nearly 150 years ago – yet it rarely saw action in any conflict.

Since it was acquired by The Land Trust, Pioneering Places East Kent has been exploring ideas for a new role for Fort Burgoyne, and for one special day will be welcoming visitors to explore Dover’s hidden gem.

Will it be a hub for Heritage Skills or an Academy of Lost Crafts? Will it be a Museum of British Folklore? Will it become a unique creative community which helps make Dover a significant tourist destination?

Waking the Giant is an open day showcasing some of the themes Albion Incorporated have explored as part of their commission under the Pioneering Places project.

Curated by The Museum of British Folklore, brought to you by the Land Trust, Albion Incorporated, with funding from Pioneering Places East Kent supported by Arts Council England and the National Lottery Heritage Fund. Waking the Giant will offer a glimpse into the future of this scheduled ancient monument. 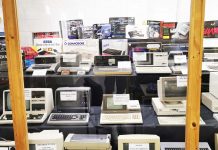 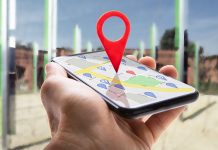 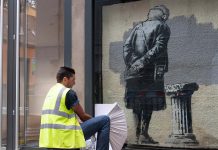